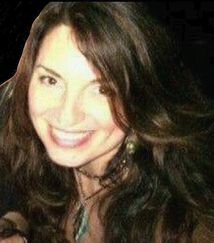 A lifelong commitment to new choices is a long life of happiness.
After decades of helping 100's of people world wide gain massive success by changing their choices by paradigm shifting and manifesting, I've seen all the patterns and realized I had a knack for seeing the solutions from the outside of people's life structure.   I grew up as the youngest of 5 siblings, in a complicated family structure much like the Brady Bunch, watching them maneuver it what seemed like chaos, but with a closer look, were all just patterns.  At one point I could literally predict my siblings next moves for my parents who seemed bewildered by all this fast energy.

What was even more interesting was my parents responses, which were also the same over and over again.   These are the same parents who are undoubtedly 'master manifestos'.  If I learned anything about how to make something happen, it was through them, who's motto in life was, 'I can do anything', yet have no idea there are laws of energy.  My mother went on to build two houses by hand, one 4,000 sq feet and another 8,000 sq ft and never finished high school nor took a building class in her life.  She would just go to Home Depot and ask questions until she figured it out.  She put in everything from the floor, to the plumbing to the chimney.  I'll never forget the day she sent the brick layer home and told him he was doing it wrong. lol, she had never laid a brick in her life.  She just decided to do it herself. She told the same thing to the plumbers.  She built a limestone wall, stone by stone, along 5 acres of waterfront property and with her massive lack of basic spelling and no lawyer, fought the army core of engineers with written letters for years until she got her permits to do it herself, her way. This was all on land which she acquired by driving down a long dirt road and offering the farmer money for the property without even having a job to pay for it.  Well, he shook her hand in agreement with no contract and a few stakes they put in the ground.  Pretty rare for a woman in the 1960's.

My father came to this country with nothing, jumped freight trains across the US until he hit Baltimore, built a used auto parts business without the knowledge of engines or any car parts at all, started the first used auto parts network up and down the East coast of the US using the fax machine (when it was invented)  and made himself legal by getting himself put on the end of a bill in Washington after he made friends with enough politicians to do it.  Honestly, the stories are endless.  If you've ever met them, you won't forget them.  Their determination is real.  They are Ma and PA Kettle to the next level.

And in my family, it was all about sitting around that table every night telling family stories.  I could see how my parents had directly imitated their families, relatives and anyone they admired, and to be perfectly honest, I absolutely loved sitting around that table hearing these old stories and all the little details.  I was always interested in the arts, it's no wonder that I ended up in film for a couple of decades.  Both, my closest sister and I worked in film, the ultimate story telling machine of the 20th Century.

While working in camera, your focus is completely on the angle and whether the shot should even be there in the final edit. We would sit with the director and sometimes the writers and discuss the outline of the script and the impact it would make on the audience if small details or an entire scene was stricken from the story.  These discussions were deeply psychological and crucial, because these decisions and omissions would literally make or break the success of the project.  All along this amazing experience, I had people ask me for help.  If you give one person some solid advise, you'll find the rest will come. People approached me from sets I worked on, from different parts of my life and even from back home.  My sister's friends would call me from the opposite coast even though I didn't know them that well.  I was passed around as the sage advisor and as I listened,  more and more I became interested in people's personal story and how it was affecting them, just like the scripts affected our audiences.  I listened for their patterns.  I could begin to understand in detail why people manifested their lives to where I found them and what needed to be edited out for them to move forward.

Through hearing these stories, I began to see that no amount of apparent success a person might achieve would guarantee happiness.  I also observed that unless people adjusted their ways of thinking and feeling, they would not attain true inner contentment.  Just like the scripts and stories I helped bring to the screen, it all comes down to the outline, the story we tell ourselves.  This outline dictates our feelings and that is the exact projection of the world around us.

The laws of manifestation are, in fact, quite simple.  The story we tell ourselves and the limiting beliefs are getting in the way most of the time.  Over the course of working with so many people and beliefs I had to overcome myself, I developed many tools to break the imprints on the subconscious and beliefs systems to get you unstuck.  These tools help you make new choices and get out of patterns, resulting in a completely new outcome, Success.

A lifelong commitment to making New Choices is a Long Life of happiness.
​
I'm here to help you Be The Most Valuable Player of Your Own Life.
ENROLL NOW IN OUR COURSES AND CHANGE YOUR LIFE!